Some People’s Lives Can Be Summed Up In One Word 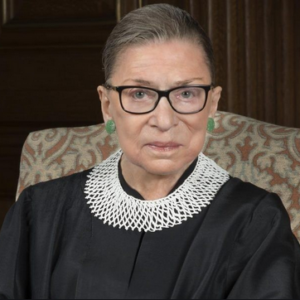 As we approach Yom Kippur many people pause to reflect on the lives of those who have passed away over the course of the last year.  The Yizkor memorial service is traditionally one of the most highly attended services of the entire year as we remember not only those who have passed away recently, but even those who passed away long ago.  This year, however, Yizkor attendance will likely be down throughout the Jewish world due to COVID restrictions and health concerns.  I would therefore like to take a few moments to write some words of eulogy and respect to reflect upon the recent passing of an individual who’s passing has left this world a more empty place.

My father’s OBM yahrtzeit is today.  His gravestone has one word in addition to the standard dates and names that one finds in cemeteries identifying who is buried in a specific plot.  My father’s life could be summed up in one word, “Artist”, so my family agreed that it would be a most appropriate addition to his headstone because he embodied being an artist and living for his art.

If I had to describe Ruth Bader Ginsburg’s OBM life in one word to add to her gravestone, it would be the word “Justice”.  Not only was she a trailblazing Supreme Court Justice for much of her adult life, but even prior to that her driving cause in life was the pursuit of justice.  When she was asked what Jewish value she most espoused, she referred to the verse in the Torah that we recently read in Parshat Shoftim, the section of the Torah that deals with judges and courts, that says “Tzedek, Tzedek Tirdof – Justice, Justice, you shall pursue” (Deuteronomy 16:18).

The fact that she died at the onset of the traditional Day of Judgement, Rosh Hashanah, when Jews attend their day in “court” seems almost poetic.  I am reminded of a cartoon that appeared after her death with a picture of her smiling in her judge robes holding her gavel at the Pearly Gates over a quote that read “Supreme Court Justices don’t die, they just go and serve in a higher court”.

Justice Ginsburg was a Jewish hero to many in the legal profession, especially females, for her pioneering legal work in an era when Jewish women didn’t typically pursue careers in law and many barriers to progress had to be broken down.  I still remember how excited my brother, who is a Judge in New York, was to show me a picture of himself with Justice Ginsburg after meeting her at the Supreme Court.  She was a hero to him and many others.

Upon reflection, however, I am not really sure that Justice Ginsburg herself would have chosen the word “Justice” to write on her tombstone.  She often spoke about how proud she was of her family and especially her grandchildren. In her now-famous testimony before Congress, she referred to the most important books in her library.  She concluded by holding up the most important book to her in her library written by her grandchild which was titled “My Bubbie is a Really, Really Special Person”.

Based on this, maybe she would have preferred the word “Family” or “Bubbie” as the one word to symbolize what was most meaningful in her life.

May her memory be for a blessing.