It’s Deja Jew All Over Again… 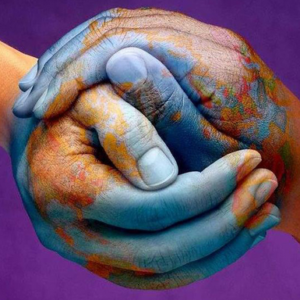 Last week the USA Bombed Iran so this week Iran blamed…Israel!!??  In what feels like a predictable script of Middle Eastern politics, whenever someone gets attacked by someone else, it seems like Israel is scapegoated and blamed.  During the Gulf War, when coalition forces attacked Iraq, they, of course, responded by sending scud missiles toward Israel.  So last week, when an American drone killed a popular Iranian general in Iraq, I was not surprised when an Iranian spokesman said they would respond by not only attacking American targets but also by targeting Israel.  You don’t have to study Talmud to understand that there is something lacking in the logic of this response.  Truly I have no real understanding of why sometimes Jews get blamed for many things regardless of whether they were involved.  It is one of those strange peculiarities that exist in the world that one could blame on anti-Semitism or an irrational belief in some type of Jewish conspiracy that Jews or Israel have a disproportionate influence on world events.

Regardless of the real answer, it is clear that anti-American and anti-Israeli propaganda is common throughout the Middle East.  I wouldn’t mind it so much and feel that the best course of action is to ignore these types of foolish sounding comments.  The problem is violent words often lead to violent actions and put civilians and armed forces from all sides in danger.  In Charleston, there are many families that have relatives who are armed service members who have been mobilized.  In our school, we have many families, including my own, who have family who are current or past members of the Israeli Defense Forces.  At times like these, it is important to remember that under every uniform is a person who is someone’s parent, child, or friend.  I was so happy to receive an email from someone who arranged to send Chanukah cards from our students to Jewish soldiers serving in the American armed forces around the world (see this week’s AHA Announcements for pictures).  In many synagogues across the denominational spectrum around the world, there are various special prayers said for soldiers serving in the Israeli army or the army of the specific country where the synagogue is located.  Personally, by that stage of the prayer service on Saturday morning, my mind can wander as my stomach starts to growl as I wonder when Kiddush will arrive.  This week, I think it is appropriate for us all to pay special attention during prayers said for the benefit of our soldiers who are in harm’s way trying to protect us from violence.

Rabbi Soloveitchik OB”M used to teach that one of purposes of having a Jewish state in Israel with an army is to try to make sure that Jewish blood is not cheap.  I feel fearful now like my mother felt many years ago when I studied in Israel as a young man.  She understandably feared for my safety as I now fear for my children in Israel’s safety.  My response to her was, “I know you’re worried, but on almost every street corner there is someone armed who’s trying to protect me from anything bad happening.”  As much as that response calmed her down and calms me down, I still believe in the depths of my heart that ultimately, our safety depends on us being worthy of divine protection since people can act rashly and tense situations can easily escalate to a boiling point.

There are two things that the Torah teaches to increase peace in the world.  One is Shabbat shalom – sabbath peace and one is Chachamim marbim shalom b’aolam – wise people increase peace in the world.  I would like to encourage us all to deeply tap into these reservoirs of peace, the Jewish Sabbath and Jewish wisdom, during these very tumultuous times to help insulate us from the external upheaval taking place around the world.